Astrology: How to Predict the Future by Following the Stars

Before the dawn of civilization, astrology was already being referred to as the mother of all sciences. In modern times, however, people have become confused about reality.

It is both a metaphysical science and an intuitive art. It is not astronomy, although both areas of study are linked to the stars and the universe.

While it is true that astrologers and astronomers worked virtually side-by-side early on, astrology began to break away from astronomy at the beginning of the second millennium.

Reach for the Stars

Although many people don’t have a deeper understanding of it other than asking somebody what their sign is, the intuitiveness and science of it can still be explained in a simple manner.

Each individual is a part of the universe, and that individual’s birth is an event that is recorded by the celestial clock.

Much the same as his or her birth is recorded in the birth registry of the local newspaper.

About Astrology & Palmistry: They are good because they make people feel vivid and full of possibilities. They are communism at its best. Everybody has a birthday and almost everyone has a palm. ~ Kurt Vonnegut

The planets in the universe influence each moment in time, and as such, that individual’s exact moment of birth has a unique meaning in the universe.

A birth chart is like an individual’s cosmic baseball card. It shows your positions and statistics, and likely statistics.

The interweaving of those three things is what makes a person unique. After that, you have what they called, aspects.

The aspects are the planets’ movements around the zodiac that allows them to interact with each other.

Your Birth Chart Can Predict Romance

By properly using your birth chart, you can discover the working dynamics of the relationships you have with other people.

New York Yankee catcher, Bill Terry, once famously called his catcher’s equipment, the tools of ignorance. It could easily be said that astrology is the tool of enlightenment.

In a world that often seems so confusing and random, it gives the individual a chance to take a step back and see why the particular things in his or her life are happening.

Let the Stars Guide You: A Brilliant Light on a Dark Path

Anybody who has ever been lost, or driven their car in circles, only to have a stranger point out the turn that they missed, can certainly understand.

It’s a wonderful feeling when a dark path has been lit, and often, astrology is that brilliant shiny lantern to guide us on our life journey.

Have you Lost Your Way? Talk with a powerful psychic advisor that can help you find the way. Talk for 15 minutes for only $10. Click here for details.

What’s in your Stars? Find out your Future Today!

Half Intuitive, Half Amazing! From the Windy City to Sin City. From an early age I knew I had an intuitive gift that I want to share with you!

What’s In Your Future? 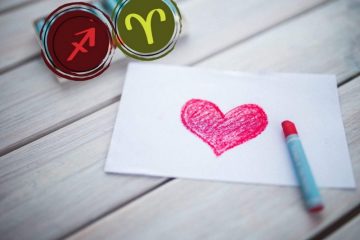 Sexual Compatibility: The Secret to a Spicy Sex Life

Wouldn’t it be nice to find that person where the chemistry is undeniable? I know the polite thing to say would be we are looking for someone financially stable but the real truth is if Read more… 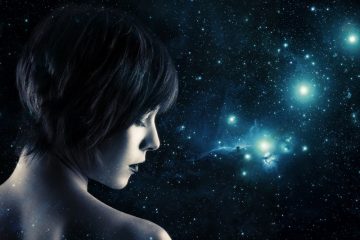 Free Astrology Readings: The Stars Are Your Guide

Using the stars as a guide to make decisions is an ancient art form. Free astrology readings can be a guide people will turn to for answers in their daily lives. Also published on Medium. Read more…

Signs Aries Man is in Love with You?: What You Need to Know

Are you considering getting into a relationship with an Aries Man? There are many factors you should consider before you start dating. There are some personality traits you need to know if you are going Read more…